It’s been a very busy last month for Lyssan. In the last few weeks, the game has: 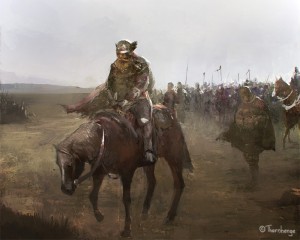 The biggest lesson of the past month has been how a prototype made for alpha testing may be a death march to reproduce in volume for beta testing. The final alpha-test version of Lyssan was made with all laser-cut tiles and counters, hand colored counters and cards, a board glued together from 41 pieces, and 90 cards sleeved with the latest printout of their game text so they can be changed as needed. Building a copy of the alpha-test kit from scratch took days and a considerable volume of art & game supplies. Even after bringing in friends to help copy it for beta test kits, scaling from making one copy to making twenty of this version would take an army. 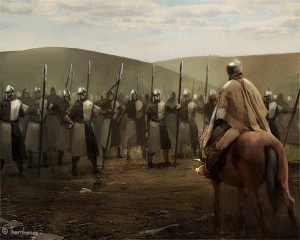 So as we rush to make beta kits for distant playtesters, the methods change.  Hand colored tiles are replaced by block printed ones. The next board may be silk screened instead of glued together. While the rules stay the same, most of the games props change. The upside of all this is that it’s another step in the direction of making beautiful artisanal game sets possible. There’s something beautiful about the thought of making a deluxe handcrafted copy of the game, long after it’s being mass produced. 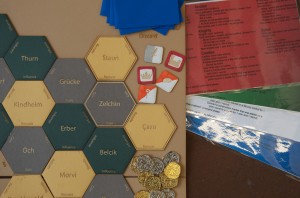 2 replies on “From Alpha to Beta”

you can totally write cons off on your taxes now 🙂

You better believe this is happening. Essen, DragonCon, PAX. TOTALLY a business expense.