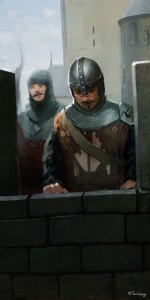 3 replies on “The Eagle’s Guard”

I love how you have created a world for your game. Your stories, characters, and quotes are rich and deep. It makes Lyssan feel like more than just a board game and more of an experience where you feel like you are in the world.

Sadly, another game with an intensive backstory and loads of pre-planning was Elemental: Age of Magic (PC, Stardock, 2010), and that was a huge buggy mess when it released, only now getting to enjoyability. Take your time, Sam.

Hi, what is the meaning of “the Understanding”?